It all started with humble beginnings 53 years ago...

Established in 1964, Westbrook Engineering is a 3rd generation family owned business with over 50 years of experience in buying and selling used industrial machinery.

While Westbrook buys and sells almost any type of metalworking and plastics machine, our emphasis is on fabrication including saws of all types, shears, press brakes, cnc folders, rolls, lasers, waterjets, presses, cnc punches and plasmas.

Our sales staff is applications driven and has extensive knowledge in the industry.   We will partner with you to determine the machine that best suits your needs.  Put our experience and knowledge to work for you.

Many of our machines are offered with multi-tiered pricing allowing you to choose a price that best fits your budget.   Options include buying the machine:  As-Is/As Inspected, Refurbished, or Refurbished and Painted.

We are also proud members of the MDNA and offer a 30-day return privilege on most of the machines we sell.

With over 35,000 square feet of warehouse, Westbrook has a large inventory of refurbished machinery available for live demonstrations on a moment's notice.  If you prefer not to travel we can make an appointment for a live webcam demo or provide a YouTube video.

All of our inventoried machines are put through an in-depth multi-point inspection and are properly repaired by our extensively trained service personnel.

With over 50 years in the machinery industry, Westbrook has the knowledge and expertise to turn your surplus and idle assets into cash quickly and painlessly. Our experience combined with our integrity and professionalism ensures our clients realize maximum value for their surplus assets. 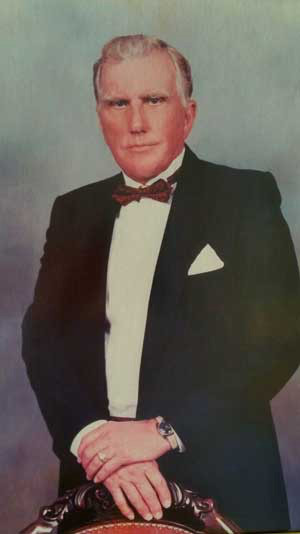 In the early 1960’s a young 36 year old entrepreneur with a wife and 3 young children decided to take a chance. Our Dad, Al Szarek with a degree from the University of Detroit in electrical engineering had honed his selling skills selling a new technology to replace vacuum tubes called "transistors". After a few years of selling transistors for Pacific Semi-Conductors and then National Semi-conductors, he made a career change.  He joined a company by the name of Last Word Sales in Detroit who sold circular metal cutting saws.  Last Word Sales imported unique German sawing solutions built by Eisele. There were 2 types of circular saws: high speed friction saws or 'hot' saws and low rpm “cold” saws that “milled” its way through steel and left very little burr.

After selling these machines for a few of years, one day he said, “I can do this on my own” and decided to start his own business.  So in 1964 he resigned from Last Word Sales and he set up a small office down the basement of his house on Westbrook street in Warren-thus was born “Westbrook Engineering Company”.  He then went looking for lines of machinery he could sell in the fabricating industry.  He found a German iron worker by the name of Mubea, a shear and press brake line built by Hydra-Tool Corporation (HTC) out of Topeka, Kansas and a German cold saw and friction saw line built by Trennjaeger and imported by Production Machinery in Baltimore.  In those days Dad said he could sell a ¼" x 10' HTC shear for $10,000 and with the commission of $1,500, he could pay the bills for a month! Talk about low overhead.  That’s one benefit of working out of your basement!

Dad would haul around a Promacut 11B friction saw on an open trailer to demonstrate to customers (back then they didn’t have the beautiful enclosed vans with built-in generators and air conditioning they have today).  For power he carried 100' of electrical cord with 4 alligator clips.  He would pull up to a shop, locate a power box and hook up.  He said on more than one occasion he shorted out the shop's electrical system!  The friction saw was new technology to fabricators in the U.S. who were used to cutting metal by the old reliable but slow hack saw (which only cuts in one direction) or the occasional band saw.  But the friction saw cut FAST.  It had a 22" diameter steel blade with teeth screaming at 3200 rpm-thus it cut with "friction" and actually melted its way through the steel.  It threw sparks 30 feet and left huge burrs- but it could cut a 6" channel in seconds instead of minutes and fabricators liked that.  Besides, burrs could be ground off!  And since the blade rotated in a down direction against a back fence, Dad would sometimes show off by not clamping the material. You know the customer would decide to stand back 20 feet for that demo!  Don Simon, of Contractors Steel who started in 1960 and is a success story in his own right, was one of dad’s first customers. He said back then his partner Marc Bokas Sr. used to run the friction saw and on occasion his hair would catch on fire!

After a couple of years and after many requests from mom asking him to "please bring up a can of corn" from the basement, it was time to look for an office.  Dad then found a small 2 room office to rent with a "garage" in a building on Hilton road in Ferndale, MI owned by Ferndale Electric.  Randy joined the company full time in 1975 and Marty in 1978.  We would do everything from type quotes and invoices to cleaning and painting the machinery.  We even sharpened cold saw and friction saw blades.  A few years later Dad decided it was time for a little more room and to buy his own building instead of renting.  So in 1979 Dad found a modest 3,000 sq. ft. building on 10 Mile in Madison Heights, MI.  More employees were hired and Marty and Randy moved into sales. As the company grew, more moves took place. The next move was in 1981 to a new 13,000 sq. ft. building on Commerce in Madison Heights, MI. We soon outgrew that facility and in 1989 Dad bought the current 17,000 sq. ft. location on Mound Rd in Warren, MI.

As the business grew, Marty and Randy became more involved in the management aspect of the business and Dad was able to take more time off.  He enjoyed traveling the world with our mom Frankie and took trips to the vacation home in northern Michigan.  He also enjoyed spending time with his 6 grandchildren. But in 1996 at a young 68 years old, Dad contracted a sudden, quick illness that took his life way too soon.

It was very tough losing our father, mentor and leader but dad left us a great foundation to carry on. The company continued to grow and in 2008 we were able to acquire a second building behind the current building for a total of 35,000 sq. ft of office and warehouse space. Today, Westbrook Engineering is one of the country's leaders in the buying and selling of high quality used machinery.  The company is run by Marty Szarek and his son Joe Szarek.

Dad was a true leader and lead by example.  He taught us that if you could deal with people honestly and fairly while solving their problem, you have a customer for life. We remember our heritage and honor Dad as a wonderful father and a true risk taker and entrepreneur.  As we celebrate our 54th year in business, we are grateful for Dad and his legacy and the great foundation he left us by stepping out and taking a chance.  And yes, he DID build that!